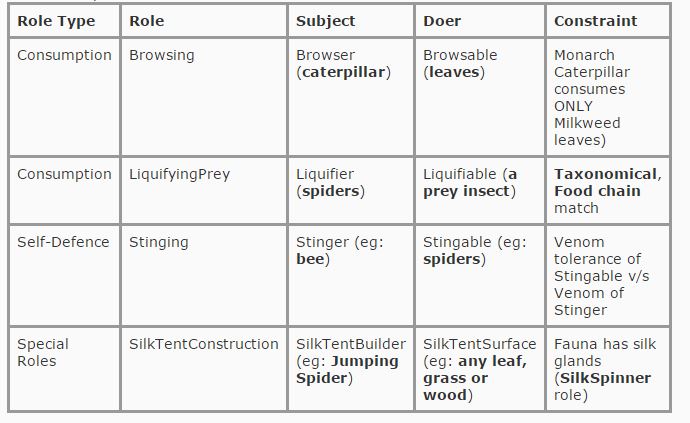 UPDATE For the sake of completeness:

IKinema was replaced with FABRIK IK for Drunk On Nectar before it released on Steam. This was a mandatory move to allow for Linux support (IKinema initially hinted at Linux support for the Indie license but this never happened) but there were other compelling reasons too. Between IKinema’s issues with building UE4 from source and IKinema’s 4.12 plugin which had so many fundamental changes that the IK setup had to be practically remade, it was just easier to ship Drunk On Nectar using FABRIK IK.

I read that subsequent versions of IKinema plugin simply did not work with source-build UE4 versions at all (unlike the previous versions which had some kludgy workarounds to get this to work) so in the long run using FABRIK appears to have been a good move. IKinema is probably still not a bad idea if you’re only targeting Windows, it just wasn’t the right solution for me.
End of Update

You’ll also notice DoN’s custom Spider-Walk solution here. It works past 90 degrees, handles gimbal lock and every other complication that others who’ve gone down the same road will immediately recognize.

Just a reminder that every single thing you see in these images has been procedurally generated at run-time from a totally empty map! Every single leaf, stem, flower and blade of grass is procedurally grown (trees aren’t fully procedural yet, but they are fully dynamic and affected by seasons). I’m not sure if I’ve emphasized this point strongly enough before.

Here’s anther image below of a proceduraly generated floral paradise on a rainy night! 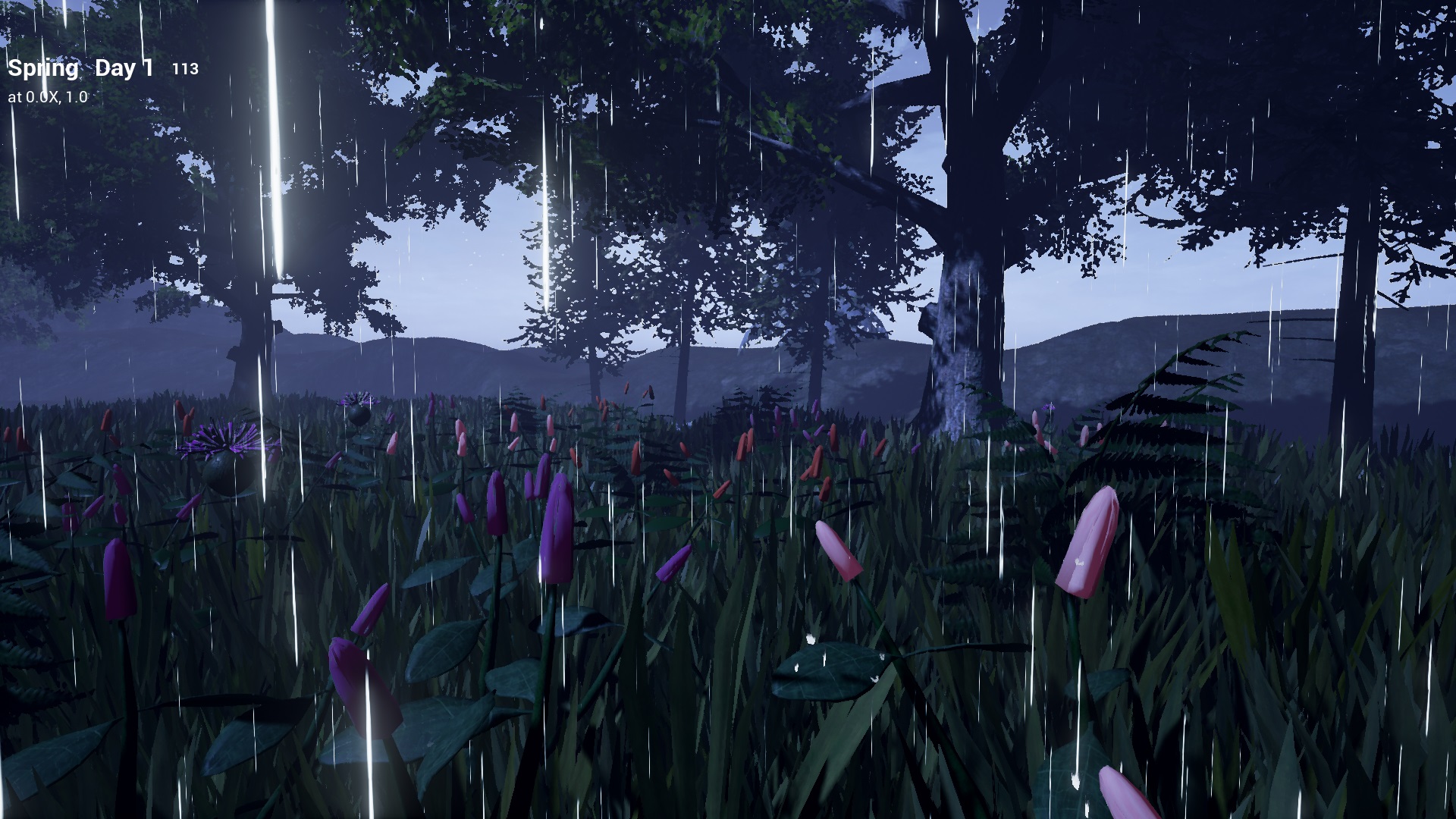 In short – there’s a jaw dropping amount of work to be done but I’m getting there.

—
To quote my impassioned verbiage that concluded my post in the Unreal Forums:

“I’m absolutely convinced that a proper nature game is the only unexploited genre in gaming – it’s the only source that hasn’t been fully (or even partially) tapped – not as a game where animals are anthropomorphized as part of some larger human story but as a game where Nature is the storyteller and every single creature be it insect, reptile, bird or mammal is the protagonist and their lives are the stories being told.

I will not rest until I make this game come alive!”